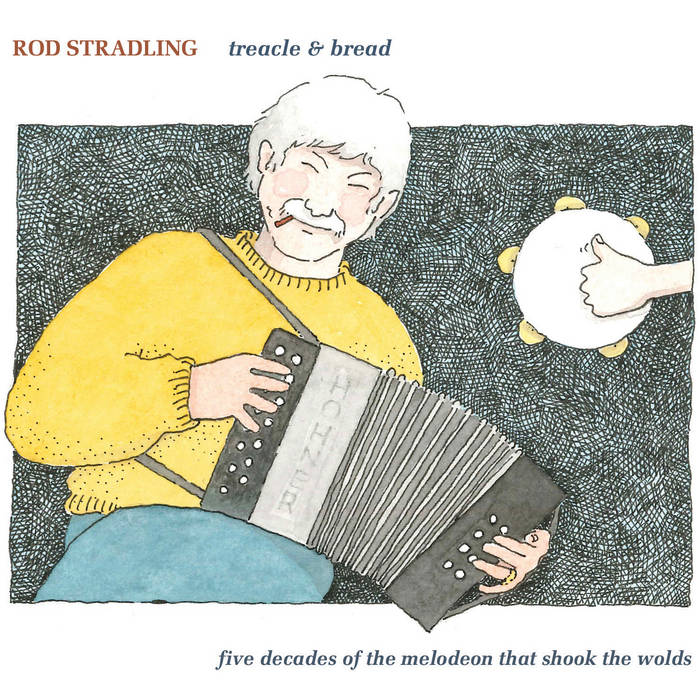 Below the mainstream radar that endlessly references the same handful of folk rock pioneers of yesteryear, Rod Stradling has been one of the most influential English folk musicians around. He was a founder member of no less than five major bands within the English roots music scene over the past five decades – Oak from the early 1970s, The Old Swan Band from the mid-'70s, the English Country Blues Band from the early '80s, and both Tiger Moth and Edward II & The Red Hot Polkas from the mid-late '80s, all of whom inspired many imitators. He was the key figure in the “New Wave Of English Country Dance Bands” movement out of which sprang a whole generation of bands from Oysterband on down.

Rod's distinctive, muscular melodeon playing and ear for ferreting out a repertoire of great tunes had an immeasurable influence on numerous musicians and English ceilidh bands from the 1970s onwards. If you're familiar with that milieu you'll recognise many tunes here that, although mostly traditional, have actually entered today's common repertoire bloodstream via Rod – from pub session players to tracks on Bellowhead albums…

Following the familiar route from skiffle to folk clubs, Rod became smitten by the melodeon and then the seminal 1965 English Country Music LP, a limited edition of traditional players from East Anglia. Soon Rod, his wife and percussive musical partner Danny, and other fellow enthusiasts were off in search of old traditional musicians like Oscar Woods in East Anglia and Scan Tester in Sussex. Their influence would shape Rod's own growing style, and together with Tony Engle and Peta Webb, the Stradlings formed the barnstorming quartet Oak, one of the first folk club groups to adopt a deliberately English repertoire in the early 1970s.

Moving to Wiltshire (and later onwards to Gloucestershire), a new dance band coalesced around Rod & Danny that eventually became The Old Swan Band. Their 1977 debut LP No Reels was a revelation to aspiring musicians and pretty much provided the tune book for pub and festival sessions for the rest of the decade and onwards.

By now, regardless of source, everything Rod played would come out sounding English. He left the OSB in 1982, and by then he'd already co-created The English Country Blues Band. They soon grew into the noisy electric dance band Tiger Moth where Italian and other 'foreign' tunes were ethusiastically integrated. In parallel, Rod & Danny teamed up for a while with members of post-punk band The Mekons to explore a mixture of Caribbean and English influences in the early days of Edward II & The Red Hot Polkas, now E2. And all the while he was playing music for Bampton Traditional Morris Dancers…

But playing proper job English country music for dancing remains at his core, via later Cotswold-based outfits like The English Country Dance Band and Phoenix, all represented here.

Rod never blows his own (figurative) trumpet and shrugs off descriptions applied to him by others like “the melodeon guru.” But he remains a bit of a legend and this compilation should show you why – and add to it.