The Time Is Ripe

by Ian A Anderson 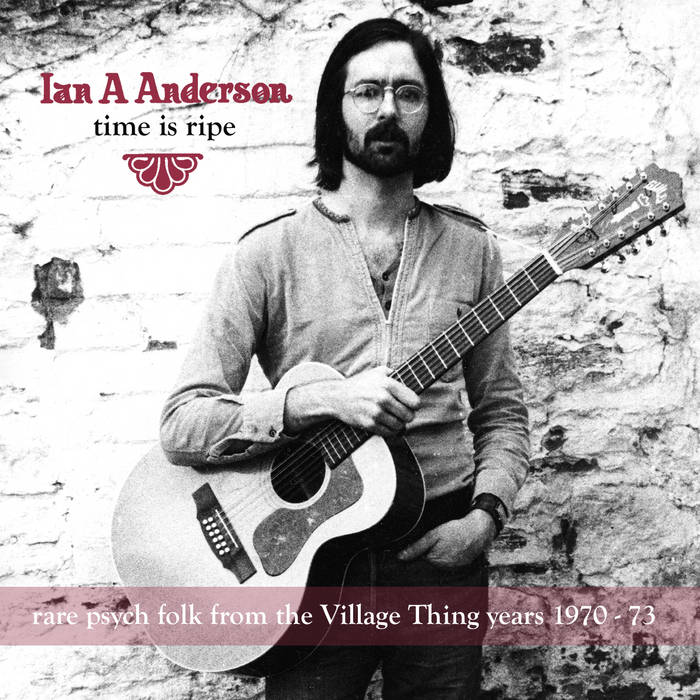 In 1969, singer/ guitarist Ian A. Anderson took a sudden left swerve from country blues into what now gets called psych folk or acid folk – heavy, often science-fiction and fantasy influenced songs and acoustic guitar instrumentals – releasing three albums on the cult ‘alternative folk’ label Village Thing. Four years later he returned to roots music, locking away the masters and refusing all pleas to let them out again until this compilation. Around the time of the 40th anniversary of Village Thing, with a spate of books on the music and the era, and old vinyl copies being much sought by collectors, the pick of those VT years were remastered from the original tapes, plus three previously unreleased tracks.

All songs & tunes by Ian A. Anderson except for Paint It, Black (Jagger, Richard) and Baby Let Me Dance With You (Trad. Arr. Ian. A. Anderson).

b) From A Vulture Is Not A Bird You Can Trust (Village Thing VTS9). Recorded at Rockfield, Sept 1971. Produced by Ian Anderson, engineered by Kingsley Ward & Ralph Down. With Ian Hunt (guitar, vocal), Pique Withers (drums), Peter Descindis (bass guitar), Kipps Brown (organ).