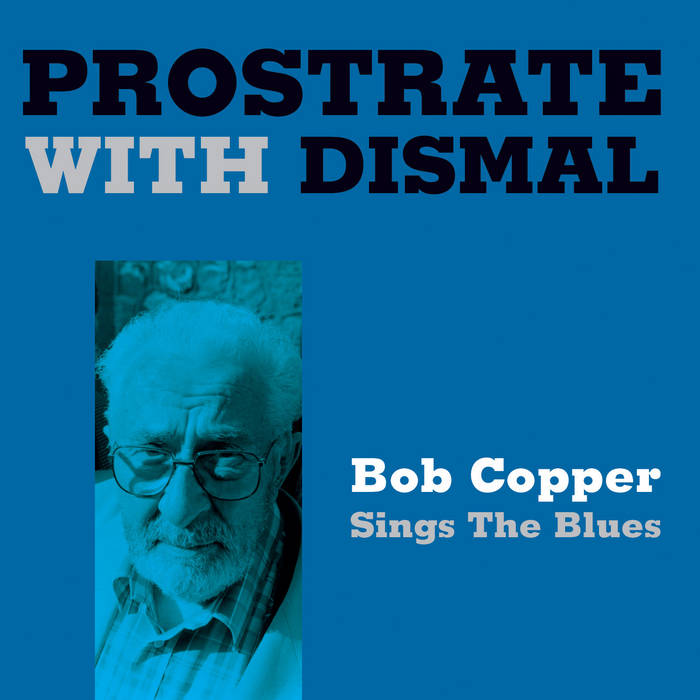 This may be the most unexpected but delightful folk or blues record that you’ll hear all year.

The late Bob Copper (1915 – 2004) was one of England’s most respected singers of traditional folk songs. His grandfather and uncle had songs ‘collected’ from them in the late 19th century that inspired the formation of the Folk Song Society, now EFDSS. In the 1950s, the Copper Family of Rottingdean were ‘rediscovered’ and their song repertoire, handed down the centuries, provided a cornerstone for the folk revival, sung and recorded by many other artists. Bob became a respected authority, award-winning author, countryman and song collector, and eventually the much-loved patriarch of later generations of the family. He was awarded the Gold Badge of the EFDSS, an honourary degree from Sussex University, the Good Tradition Award in the BBC Folk Awards, and, shortly before his passing in 2004, an MBE.

But one of his many private passions was the blues – not an earnest young white bloke’s desire to ape the vocal mannerisms and guitar pyrotechnics of Mississippi greats, but a genuine love for the soul of a music that spoke to him in the same way that any farm worker’s lament from the South Downs of England might. So when, in his eighties, he decided that he’d like to turn his hand to music he’d enjoyed since discovering a Sleepy John Estes 78 way back in the 1930s, it came out as naturally as an English May morning.

Luckily, five tracks got recorded – three with his friends Ben Mandelson and Ian Anderson, a.k.a. The False Beards, and two accompanied by his own concertina. Here they are all finally gathered together on one remarkable CD EP, just in time for the 2015 celebrations of his centenary.