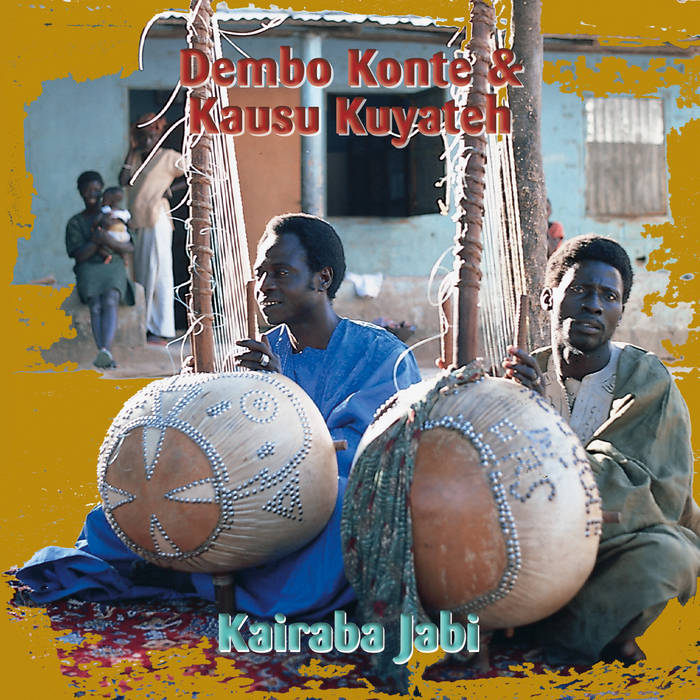 From the time they hit the UK at the beginning of the world music explosion in 1987, Gambia’s Dembo Konte and Senegal’s Kausu Kuyateh toured worldwide as the best international ambassadors of the kora, West Africa’s multi-stringed harp-lute. Before the subsequent success of Mali's Toumani Diabate who was an admirer of their work, their duo albums were acclaimed as the most accessible from this fabulous tradition. This 76 minute selection of the best was produced by Ian Anderson (fRoots) and Lucy Duran (BBC Radio 3).

“Nothing is ever quite the same after the first time you hear a kora played live in a West African setting. Dembo Konte was the musician who opened my ears, and he made these recordings with Kausu Kuyateh soon afterwards. They still sound powerful and raw, evocative and timeless.” Charlie Gillett, 1998.