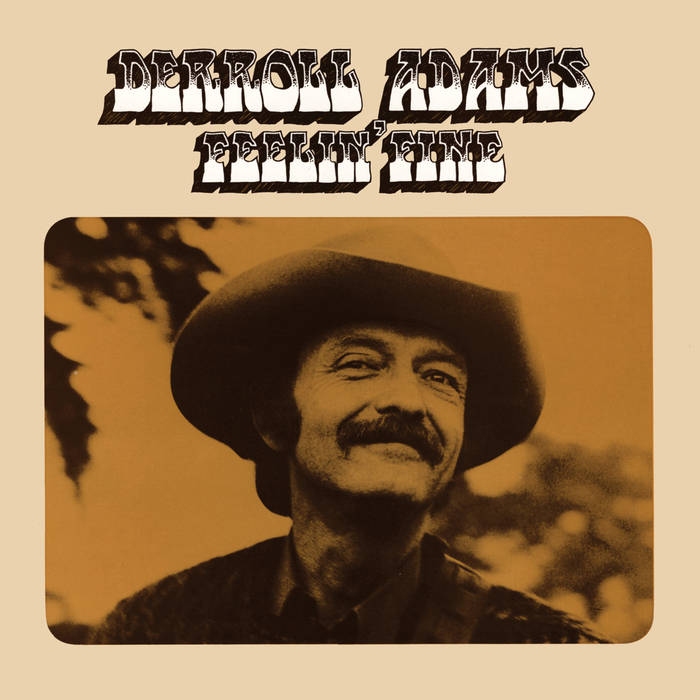 ZEN AND THE ART OF BANJO

The Derroll Adams story begins with his growing up in the back seats of cars in 1930s America, listening to early country and old-time music on the radio. The 1950s found him on the West coast where he wrote his celebrated song Portland Town and his life intersected with Pete Seeger, Odetta, Guy Carawan, Woody Guthrie, Will Geer, James Dean, Lord Buckley and eventually Ramblin’ Jack Elliott, with whom he came to Europe in 1957, never to go back.

He became a folk hero in Britain and Europe in the 1960s, appearing in the Bob Dylan Don’t Look Back film and with fans of his zen banjo playing and singing including Donovan, Bert Jansch, Wizz Jones, Billy Connolly, Rod Stewart, Ronnie Lane, Long John Baldry and many more. In 1972 he recorded his best album, Feelin’ Fine, for cult English label Village Thing.

Here it is on CD for the first time, in a triple-fold digipak, expanded with six tracks from another mid ’70s release and with guest musicians including Wizz Jones, Tucker Zimmerman, Roland Van Campenhout and Maggie Holland.