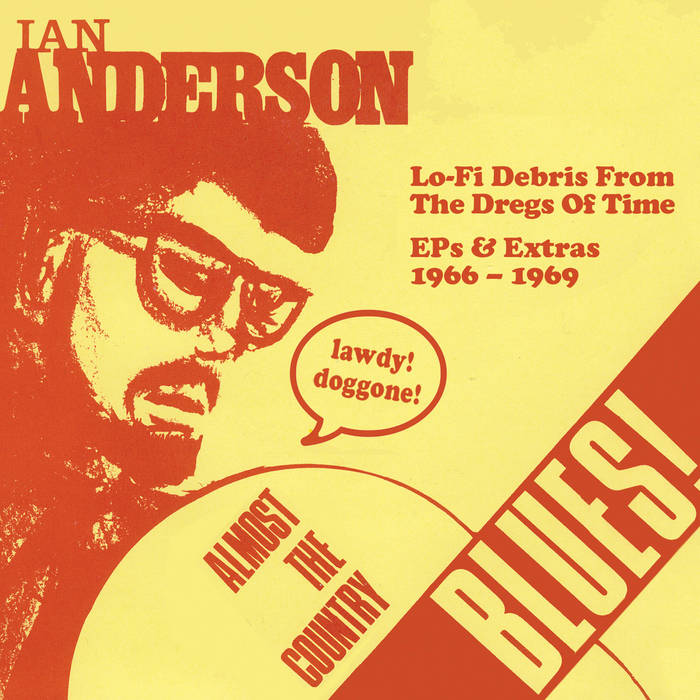 "This is the way to resurrect recordings from an earlier period for the benefit of the modern audiences. As good as it gets for this particular style of blues. The whole album is a gem." (Blues Matters)

"The latter-day eclecticism of Anderson, Al Jones and harmonica player Elliot Jackson managed to fuse the tremulous, cocky melancholy of Robert Johnson, the field holler of Garfield Akers and the rough impenetrability of Charley Patton (to name just three of many influences) into a recognisable single style – something that the originals would have found impossible – held together by hard, driving slide and rock-solid fingerstyle guitar work and wailing background harmonica." (Ian Kearey, fRoots)

"His distinct and deliberate playing is a rolling, rhythmic and percussive affair, similar in nature to that of the great Wizz Jones and adds a Brit-folk vibe…"(Shindig)

"A healthy complement of passionate solo and pared-down performances through to a full jug band line-up… one can’t underplay the commitment and authentic vibe." (Stirrings)


When a white English teenager from Somerset encountered scratchy old recordings of country blues guitarists from Mississippi in the mid 1960s, it seemed perfectly reasonable to want to become one!

Those old 78 rpm records which were being re-issued on obscure imported LPs came from a time unimaginably far away in an exotic past – 35 to 40 years earlier. So it’s sobering to realise that the scratchy old vinyl EPs and LPs from which most of the tracks on this compilation were dubbed (in the absence of surviving master tapes) are now more than 45 years old!

Ian Anderson began performing around the folk clubs of the Bristol area. In 1966 he teamed up with guitarist Al Jones and harmonica player Elliot Jackson: the resulting trio played the opening set at the legendary Bristol Troubadour club, released a limited edition EP in early ’67 and became resident at the UK’s first specialised country blues club Folk Blues Bristol & West. Ian & Elliot released a duo EP which got national BBC airplay, and contributed tracks to the Blues Like Showers Of Rain compilation of the leading UK country blues players of the day like Mike Cooper, Jo Ann Kelly and Dave Kelly.

With support from mentor Alexis Korner and BBC DJs like John Peel and Mike Raven, Ian was then signed to Liberty Records for his debut album Stereo Death Breakdown (re-issued on CD on Fledg’ling Records - see ghostsfromthebasement.bandcamp.com/album/stereo-death-breakdown to purchase) which came out in 1969. Ian Anderson’s Country Blues Band supported Mississippi Fred McDowell on many dates of a UK tour in spring 1969.

And then Ian’s music began evolving into something less derivative of the great country bluesmen like Charley Patton, Son House, Garfield Akers, Bukka White, Tommy Johnson, Robert Johnson, Kid Bailey, Big Bill Broonzy and Muddy Waters whose songs and influence are so obvious on these early recordings. The bonus tracks hint at that…